> Who we are> The Research Institute 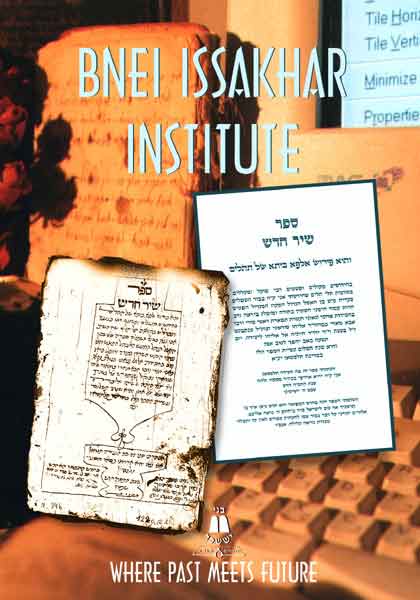 Founded in 1983, the BNE ISSAKHAR JERUSALEM took upon itself to research and publish the works of the Sefardic Rabbis mostly unknown.

Printing facilities did not reach the Arab countries until the end of the 19th century and therefore thousands of manuscripts from these Sefardic countries were never printed.

On the other hand, even the printed books during the last five centuries were published in very small quantities and never got chance to be reprinted. Most of this existing literature is today unknown to the Jewish scholars and researchers.

Through the BNE ISSAKHAR INSTITUTE, hundreds of written works from the Morrocan, Algerian, Irakian, Syrian, Tunisian, Iranian … were published and today are studied and are part of the Jewish Heritage.